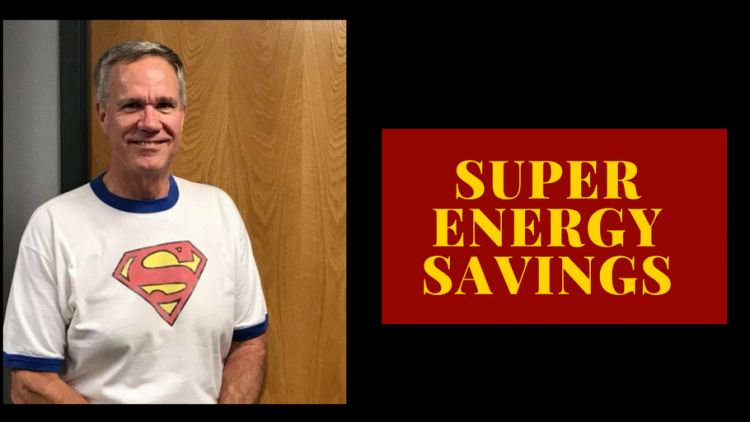 The Southeast Polk School District, as part of an overall effort to ensure good stewardship of financial and natural resources, began working with Cenergistic in 2001, under the direction of former Southeast Polk Energy Manager, Rodney Hilpipre.  Cenergistic is an energy conservation company helping over 22,000 K-12 facilities nationally to reduce electricity, natural gas, water consumption. With their tools, training, and technology, Cenergistic’s web-based tracking system enables the district to reduce our consumption and expenditures by:

In the past 16 years, the District has saved over seven million dollars. This figure is calculated by determining the costs avoided from a base year that has been adjusted to current prices and weather.

Jeannie Christenson, Southeast Polk’s, Energy Manager, shared, “Cenergistic’s goal for each client is a 20% savings or cost avoidance. Anything above 30% is considered excellent. Southeast Polk’s current savings is 38%.”

This past summer all of the lightbulbs in our secondary buildings were replaced with LED bulbs. LED lighting not only reduces operating costs and lasts longer, it uses 80% less energy than incandescent lighting and 50% less energy than fluorescent. LED Bulbs are also better for the environment with no harmful mercury, emitting very few greenhouse gases and almost all components are 100% recyclable.

Gary Haines, Director of Building and Grounds, shared, “because we took advantage of timely rebates our payback period on the LED lights is just 18 months.”

At Delaware Elementary, they ensure large spaces like the gym and cafeteria turn lights off when no one is in that space.

Steve Sass, Delaware Elementary Head Custodian, shared, “Delaware now has 2 afternoons that our PE teacher is gone to another school. We turn off all lighting in the gym at noon when she leaves. I also turn off Cafeteria lights at 9:15 am after breakfast for a couple hours and after lunches at 1:15pm for a couple hours until Kids Klub arrives.”

August 2017 already proved to show a savings of over several thousand dollars in energy expenditures from August 2016. Every new piece of electronic equipment that our Technology Department purchases have LED bulbs and are more energy efficient. Our new copiers have a special feature that allows them to go into and out of sleep mode quickly. But it doesn’t have to be big projects that make a difference. “This is truly a team effort as every person within the district makes an impact on energy savings,” said, Jeannie Christenson.