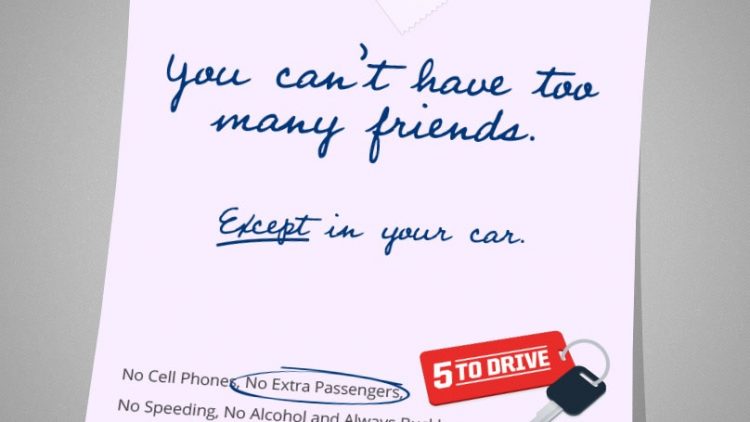 At Southeast Polk, we realize the need to continue to create awareness and understanding among our student drivers about motor vehicle safety.  In 2017, Iowa lost 22 young drivers under the age of 21 in motor vehicle crashes. Motor vehicle crashes are the leading cause of death for teens (15 to 18 years old) in the United States – ahead of all other types of injury, disease, or violence. In 2016, there were 2,288 people killed in crashes involving a teen driver (15 to 18 years old), of which 814 deaths were the teen driver.  This is a 6% increase from 2015.

This week and every week, parents should have conversations with their teens about the important rules they need to follow to stay safe behind the wheel. These rules address the greatest dangers for teen drivers: alcohol, inconsistent or no seat belt use, distracted and drowsy driving, speeding, and the number of passengers.

Alcohol and Drugs: In 2016, nearly one out of five teen passenger vehicle drivers involved in a fatal crash had been drinking.  Also in 2016, 6.5% of adolescents ages 12 to 17 were current users of marijuana. Like many other drugs, marijuana affects a driver’s ability to react to their surroundings.  Driving is a complex task, and marijuana slows reaction times, affecting the driver’s ability to drive safely. Remind your teen that driving under the influence of any impairing substance could have deadly consequences.

Seat Belts: Wearing a seat belt is one of the simplest ways for teens to stay safe in a vehicle. A total of 569 passengers died in passenger vehicles driven by teen drivers and more than half (54%) of those passengers who died were NOT buckled up at the time of the fatal crash. Even more troubling, in 85% of cases when the teen driver was unbuckled, the passengers were also unbuckled.

Distracted Driving: Distractions while driving are more than just risky—they can be deadly. Results of a AAA Foundation study, there is significant evidence that distracted driving is a much more serious problem than previously known, especially with young drivers ages 16 to 19.

Speeding: In 2016, almost one-third (31%) of all teen passenger vehicle drivers involved in fatal crashes were speeding at the time of the crash.

Passengers: Research shows the risk of a fatal crash goes up in direct relation to the number of passengers in a car. The likelihood of teen drivers engaging in risky behavior triples when traveling with multiple passengers.

Drowsy Driving: Teens are busier than ever: studying, extracurricular activities, part-time jobs, and spending time with friends are among the long list of things they do to fill their time. However, with all of these activities, teens tend to compromise something very important—sleep. This is a dangerous habit that can lead to drowsy driving or falling asleep at the wheel.

The Iowa Department of Public Safety and the Governor’s Traffic Safety Bureau encourages you to talk to your teen drivers about safe driving practices.

Press Release Provided by the Iowa Department of Public Safety