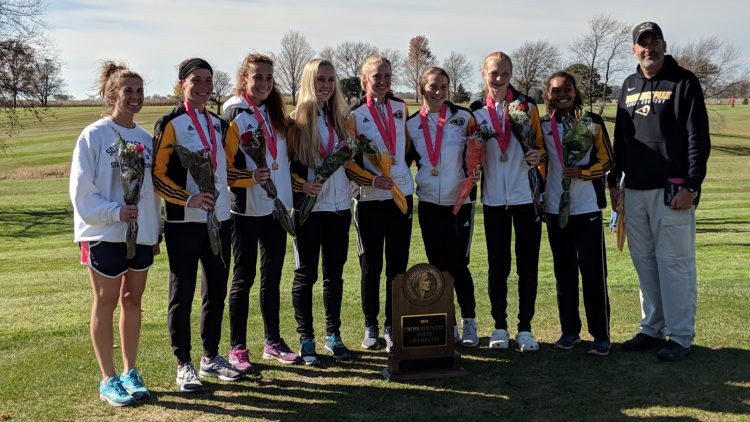 On Saturday, October 27, the Southeast Polk Girls’ Cross Country Team took home the Class 4A State Title! The Rams defeated two-time defending champion Johnston by one point in the team standings, 79 to 80.

Southeast Polk was led by sophomore Mattison Plummer who finished as state runner-up and broke the school record with a time of 18:28.  She was followed by sophomore Grace Larkins who finished in 4th place with a time of 18:50 (also a school record time). The Rams were then followed by sophomore Magda McGowan in 15th place, senior Paige Blackford in 22nd, junior Natalie Clement in 36th, junior Tarryn Hill in 44th, and sophomore Kennady Mills in 95th place. With their performance, both Plummer and Larkins were named to the IATC Elite All-State Cross Country team (all classes combined) for the 2018 season. On their way to the state title, the team also set the Southeast Polk school record for total team time with a 1:36.29.

Southeast Polk Girls’ Cross Country Coach, Chad Willeford shared, “I am incredibly proud of this group for the way they stepped up on the biggest day of the season.  They had a plan, they showed no fear and they ran lights out. This was a total team effort from day one. We have a strong sense of family and top-notch leadership within the group.  They continued to support and push one another all season. It didn’t matter if we were ranked number 15 or number 1.”

Sunday, October 28, a reception was held at Southeast Polk High School to honor the girls on their state championship title. Southeast Polk Activities Director, Jayson Campbell shared, “We could not be more proud of our girls’ cross country team and what they have accomplished this season.  They showed tremendous growth and improvement all season culminating in a state championship. This group of athletes and coaches are tremendous representatives of the school district.” 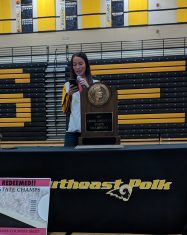 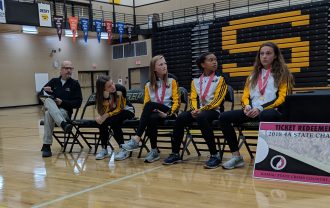 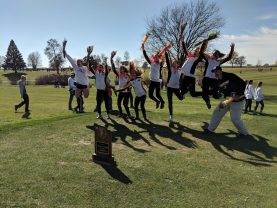