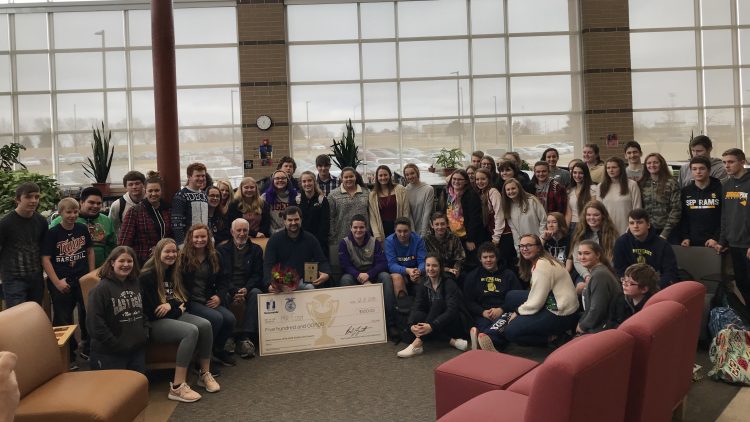 Matthew Eddy, agricultural teacher at Southeast Polk High School, is one of seven finalists in Iowa that has been nominated for Nationwide Insurance’s Golden Owl Award. This award recognizes the tremendous contributions of Iowa and Ohio teachers in preparing the next generation of young people for successful careers in agriculture. Southeast Polk FFA students and staff celebrated today as Nationwide and the Iowa FFA Foundation presented Mr. Eddy with a $500 check.

Students, staff and community members who nominated Mr. Eddy for this prestigious award had this to say about him:

“Mr. Eddy gives students the permission to solve their own problems, creating valuable experiences both inside and outside of the classroom.”

“His enthusiasm for learning and exploration is contagious.”

“He teaches life and leadership skills in addition to the regular curriculum.”

“Students appreciate Mr. Eddy’s passion for agriculture, even encouraging some to pursue a career in the field.”

In April 2019, one honoree from each state will be chosen for the grand prize, winning the coveted Golden Owl Award and a $3,000 prize.

About the Golden Owl Award
Farming is the backbone of America, but recent trends show a declining number of students who are studying agriculture. In Iowa alone, the presence of agriculture teachers (or teachers in the field) has decreased by 20 percent over the last five years.

To shed light on this trend, Nationwide, the #1 farm insurer in the U.S., established the Golden Owl Award to honor contributions of agriculture teachers and the importance of agricultural education on future industry leaders. This effort is the result of a partnership between Nationwide, the Iowa FFA Foundation, the Ohio FFA and Ohio Farm Bureau.

To learn more about the award, visit https://blog.nationwide.com/news/golden-owl-award. 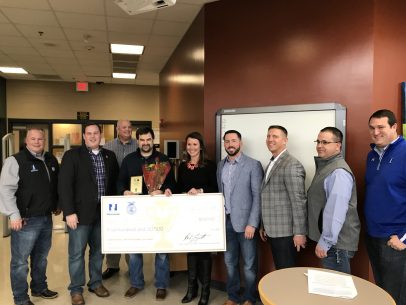 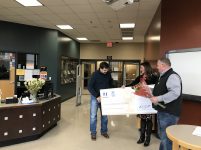