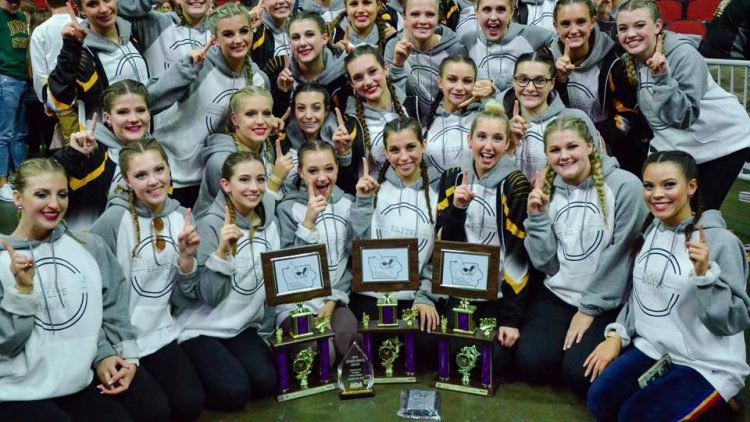 On Friday, December 1, 2018, the Southeast Polk RhythAMetteS competed in the High School State Dance Competition at Wells Fargo Arena and brought home the Triple Crown by winning first place in Jazz, Hip Hop and Kick. Along with the team’s three first-place trophies, they received the Judges Choice Award for the Jazz routine, the State Community Service Award and the Academic Award for having an average team GPA of 3.5-4.0.

Jayson Campbell, Southeast Polk Activities Director, shared, ”If there is one thing we can count on, it is the RhythAMetteS!  Their track record of excellence is unmatched. They all work incredibly hard and we are extremely proud of them.”

Marianne Peterson, RhythAMetteS Coach, shared, “I am so incredibly proud of this team and all they have accomplished. This is only the second time since 1999 that we have received a triple crown.  It is a really big deal for us, especially as the competition continues to grow each year, with so much talent brought by other teams.”

Congratulations to the RhythAMetteS on this tremendous achievement!