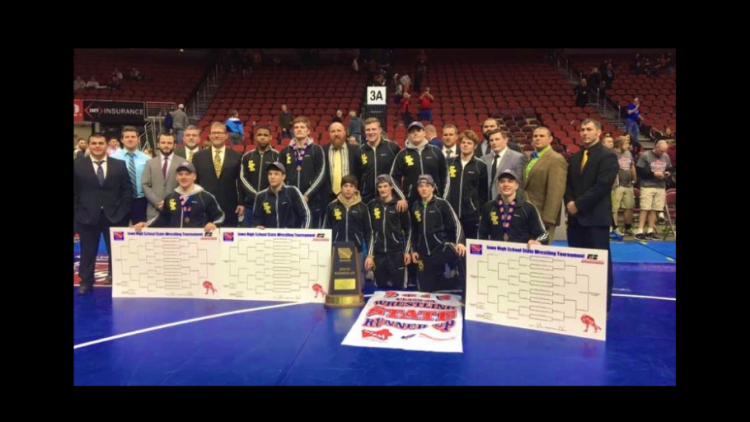 The Southeast Polk Rams Wrestling Team continued their tradition of excellence this past weekend with a Dual Championship State Title and three individual state champions. They celebrated a Class 3A state dual title win over Waverly-Shell Rock on Wednesday, February 13 with a score of 37-27. Southeast Polk has taken the state dual title in 2013, 2015, 2017, and now 2019. 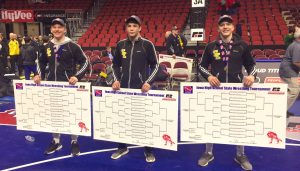 Lance Runyon, Southeast Polk Senior, is a four-time state medalist and the 2019 State Champ. The 152-pound wrestler dominated the field all week with three first period pins and a 9-2 decision on Saturday night taking home the state title. Lance has committed to Northern Iowa to wrestle next year.

Gabe Christenson, Southeast Polk Junior, captured a Class 3A state championship on Saturday night with a 12-2 major decision win over Waverly-Shell Rock’s Brayden Wolf.  After receiving his state medal, Christenson, the 195-pound wrestler, grabbed assistant coach Jessman Smith, himself a former University of Iowa wrestler, and went in for the big moment – throwing Coach Smith to the mat.

The average GPA for these 3 champion student-athletes is 3.7.

This is Coach Jason Christenson’s 8th State Championship since 2013 (4 duals and 4 traditional).  This year also marks the 4th time he’s had 3 Individual State Champs in the same year (2012, 2013, 2015, 2019).  “Coach Christenson has created a level of excellence at Southeast Polk that places the Wrestling program as one of the best in the nation,” said Jayson Campbell, Activities Director, Southeast Polk High School. “We are very proud of Coach Christenson and his entire coaching staff.”

Congratulations to all the wrestlers, coaches, and families on a very successful year!