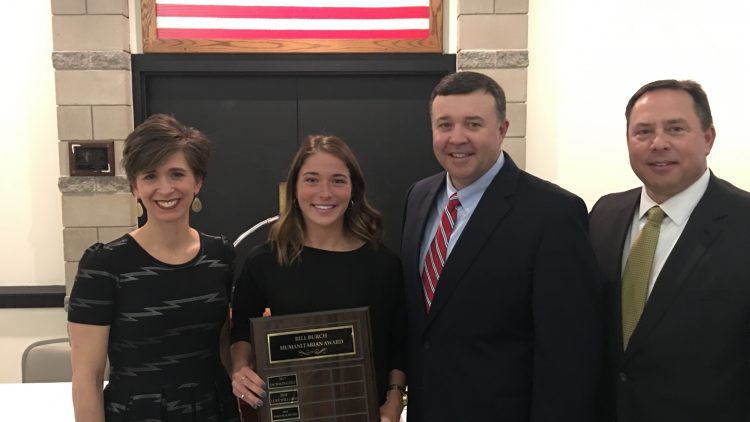 Southeast Polk senior, Paige Blackford, is this year’s Bill Burch Award recipient.  Paige was chosen this year because of her positive influence on peers, classmates, and staff.  She excels socially and academically at Southeast Polk High School.

Outside of school, Paige is an avid volunteer for the Life Serve Blood Center and enjoys running, biking, and watching wrestling with family. She has been able to manage her time making academics a priority while finding success in extracurricular activities.  This is her fourth year being honored in the top of her high school graduating class. Paige was also named the 2019 Homecoming Queen.

When asked to describe herself, Page shared,  “Being an avid runner, discipline is a principal I have acquired through my experiences. In my opinion, this is indeed one of most powerful traits to have – it allows individuals like myself to keep momentum in adverse situations and never shy away from challenges. I am also a very determined individual. I love competing with myself in order to maintain the highest quality of whatever I do. With these (two) traits, along with others, there is no doubt in my mind that the success I have had will (not) stop here.”

Congratulations to Paige and her family on this tremendous honor.  We agree, there is no doubt that her success will continue after high school and we are looking forward to seeing what is next for her.

About the Bill Burch Award and Ceremony

Bill Burch was a school counselor at Southeast Polk High School from 1974 until 1992. The Bill Burch Scholarship and Recognition Breakfast was named after Mr. Burch in honor of his commitment to the students and adults of the Southeast Polk community. He was known as a man of compassion and integrity who took the time to relate to students and adults alike. The Bill Burch Humanitarian Award represents a long-standing Southeast Polk tradition that dates back to 1993 and is presented to the student who best exemplifies his character, sincerity, and compassion toward others. What makes this award such an honor is that the Southeast Polk High School faculty selects the senior recipient who best represents Bill Burch’s personal qualities.

This year’s featured speaker at the Bill Burch award ceremony was Heather Hanneman.  Heather is a Christ-follower, the blessed wife of Brian and mom to five precious children.  She is a 1995 Southeast Polk graduate and was involved in RhythAMettes, softball and Student Council.  Heather graduated from the University of Northern Iowa in 1999 with a degree in Broadcast Journalism. She and her husband work full-time in Christian ministry at the University of Colorado Boulder.  Heather spoke of the importance of making and maintaining personal relationships, encouraging young adults to put down their phones and connect in person.

Over 100 Southeast Polk High School students from all four grades were recognized at the award ceremony this morning for their academic achievements. 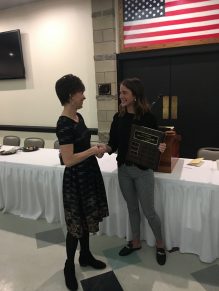 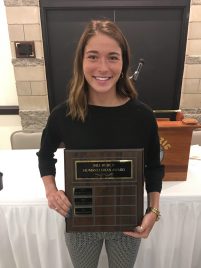 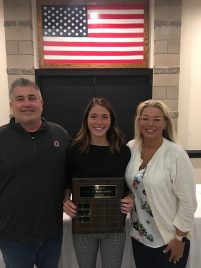 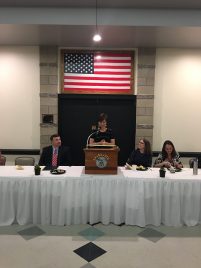