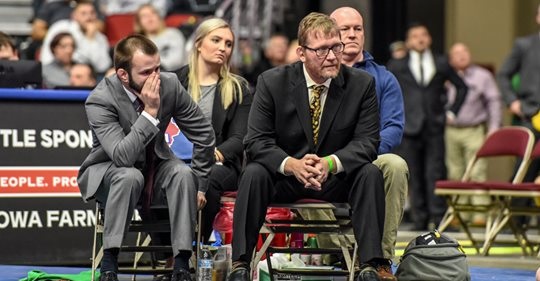 Christenson (National, Section 4, and Iowa Coach of the Year) just completed his 28th season of coaching and his 18th at Southeast Polk High School. Christenson’s 2018-19 squad finished as Dual Team State Champions and State Runners Up at the Individual State Tournament with 11 qualifiers, 6 placers, and an outstanding 3 individual state champions. This now gives Coach Christenson 8 State Titles (4 Dual and 4 Individual) and 5 Runner-up finishes. He has received numerous Coach of the Year honors from such organizations as: USA Wrestling, the National Wrestling Hall of Fame, the Iowa Wrestling Coaches & Officials Association, and the Iowa Wrestling Federation.

Jayson Campbell, Southeast Polk Activities Director, shared “There is no coach more deserving of this recognition than Coach Christenson.  He works tirelessly to develop excellence in all facets of our wrestling program. He is respected around the state and country as a leader in the sport of wrestling.  We are so proud of this accomplishment and the way he represents Southeast Polk as our head wrestling coach!”