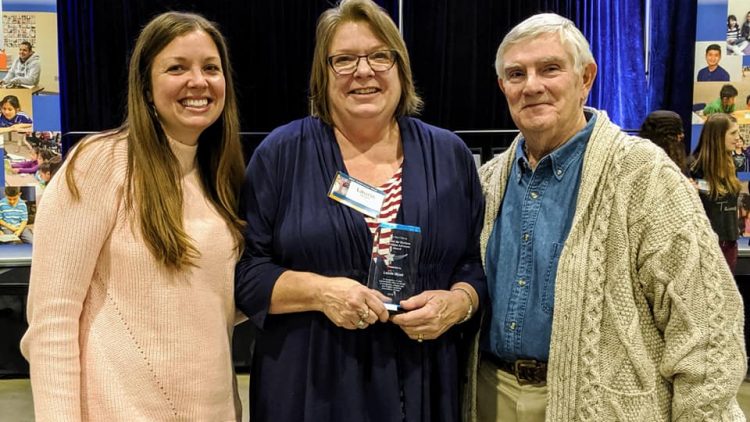 Laurie Wyatt, PK-12 Learning Supports Coordinator at Southeast Polk was awarded the Dan Chavez Beyond the Horizon Individual Advocate Award at the Iowa Culture and Language Conference in Coralville. This annual award is given to a person who has demonstrated extraordinary effort on behalf of the immigrant, refugee, and non-English speaking populations of Iowa.

Laurie works tirelessly to support non-English speaking students and families as well as the teacher teams that work with these students. Below are just some of the initiatives she has led at Southeast Polk.

Congratulations to Laurie Wyatt on receiving this well-deserved honor.  Your work to support English learners and their families is very much appreciated! 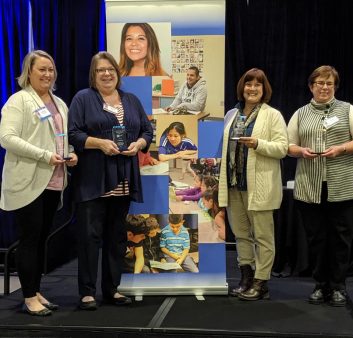 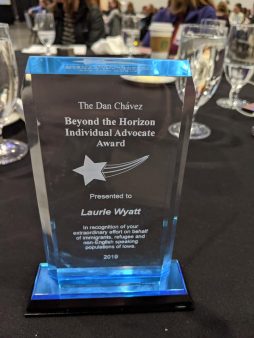 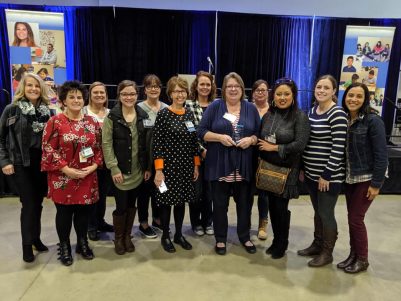 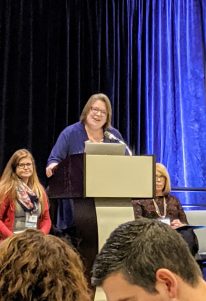