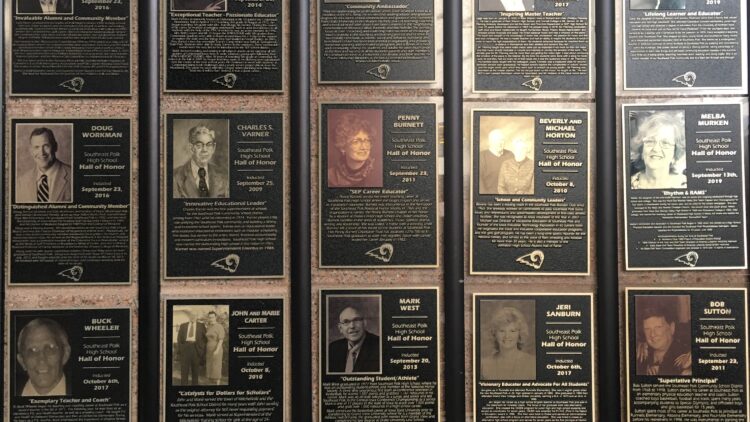 Recently, the Southeast Polk Hall of Honor welcomed several new inductees at a special event held at the Southeast Polk High School. The ceremony recognized these outstanding individuals who have impacted our school district and community in numerous ways.

Since 2007, the Southeast Polk Hall of Honor Committee has honored people from three basic categories: outstanding citizens, alumni, and employees whose achievements, endeavors, leadership, and character have made them positive role models for the student body of Southeast Polk Community Schools. Through an initial grant from Prairie Meadows, the Hall of Honor began the recognition during Homecoming. All members are recognized with a plaque placed on the SEP Hall of Honor wall located in the SEP High School Commons.

We are proud to welcome the following into the SEP Hall of Honor: 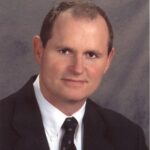 Tim Burget has lived in Altoona his whole life. Tim is a 1969 graduate of Southeast Polk High School and a graduate of Drake University. Tim met his wife Diane in 1969 and they have been married for 50 years. Tim and Diane have been blessed with two children David and Jennifer. Tim is the proud grandparent of three beautiful granddaughters. Tim is the 4th generation owner of Burget Mill Inc. in Altoona. In 2021 Burget Mill celebrated its 125th year of service to the community, making it the oldest business in Altoona.
Tim, the longest-serving mayor in Altoona history, was first elected in November of 1987. Before that Tim served on the Altoona City Council for eight years. During his time in office, the city’s population more than doubled, adding new attractions such as Prairie Meadows Racetrack and Casino, Bass Pro Shops, The Altoona Campus, the Aquatics Park, and many more. Tim served as a board member of the Metro Waste Authority for 20 years, helped create the Altoona Area Historical Society and pushed the city of Altoona to purchase the old Porter Hardware building to serve as a museum. Tim served as president of that organization for 16 years. While bein dedicated to his community and family business, Tim and wife Diane love to travel to small towns in Iowa and other parts of the world. 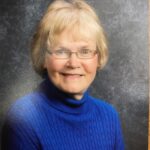 Donna Frerichs grew up on a farm in rural Akron, Iowa and has always known that she wanted to be a teacher. After high school, she continued her education at the University of Northern Iowa, where she earned her teaching degree. Donna started working for the Southeast Polk School District in 1969, teaching second grade at Centennial Elementary. She remained in that position for over 40 years. Throughout these 40 years she was a stable force in the education of children. A dedicated teacher who worked at encouraging each individual student to achieve their fullest potential academically, as well as helping them to be a person of character with good morals. Expectations to achieve were always part of her classroom. Donna served on many committees while teaching. One which stands out is the B.A.T (Building Assistant Team). On this committee she always stepped up to help students that other teachers had brought to the committee. Donna always volunteered to help with any activity at the school whether it was the yearly carnival, Enrichment Day, assemblies, special programs involving fine arts, and the year-end relays and teacher activities. Her favorite memories where the all school field trips to the Omaha Zoo in 2000 and 2008.

Following retirement, Donna continued to volunteer at Centennial. She has worked with students weekly on reading and math, always stressing the skills that would later be needed in further education. She has volunteered at Christmas time wrapping presents for students less fortunate and continues to support the RAMS by attending events such as RhythAMettes and Show Choir performances.

Donna Frerichs is and always will be a teacher, one who always will put the need of the student first. Students who passed through her classroom were indeed fortunate to have a dedicated teacher who always saw to their academic needs. 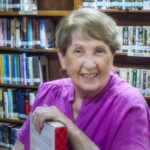 Sue Green was a long time librarian and cheer coach at Southeast Polk High School. As a librarian, Sue enjoyed and was very passionate about sharing her love of books and the power of reading and learning. It was through Sue’s commitment to the school’s library growth that she was able to start the first Southeast Polk Computer library. Another passion in education for Sue was the cheer program. Sue worked with Rick Wulkow & Bernie Saggau from the Boys’ & Girls’ Union to start the Iowa Cheerleading Coaches Association. The ICCA was formed in 1987. Sue was a longtime leader in the ICCA and hosted clinics and state competitions at SEP for cheer for numerous years as well as judged sportsmanship at the Boys Basketball Tournament for many years. Anyone who serves on the Iowa Cheer Coaches Association Board will tell you the impact that Sue has had on them and cheer in the state of Iowa. At SEP, Sue was the only cheer coach at all levels for many years and was a fixture at all home and away games for all programs. It was through her dedication to the program that SEP Cheer had a state championship under Sue’s guidance. Cheer and the library weren’t the only things Sue did to provide for Southeast Polk. Sue started the teacher appreciation breakfast at the high school, ran the concession stands for years at the high school, and initiated the teacher lounge fund, a fund that still exists today, that was used to purchase flower and gifts for the high school staff. Sue resides in Arizona and she currently volunteers at her library in her community. 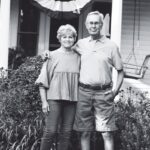 Don and Ruth Johnson moved from Beaverdale to an acreage near Runnells more than forty years ago and immediately fell in love with the rural community. All four of their children – Alex, Ted, Andy and Emily – attended Runnells Elementary and graduated from Southeast Polk and Iowa State. Ruth served as a long-time third-grade teacher at both Mitchellville and Runnells, where she initiated the Seasons of Sharing tradition still alive at Runnells Elementary today, while Don served on the Southeast Polk school board and as a judge at the school’s annual Technology Expo. From the time of their arrival in the community, their family quickly became fixtures at football and basketball games. Both are founding, long-time members of the SEP Booster Club as well as vocal music boosters. Ruth served on the SEP Dollars for Scholars board for years, helped develop curriculum for the original Kids’ Café at Central Place and currently helps with grant selection for the Southeast Polk Foundation. Three of their children have settled in the Southeast Polk area. Emily and her husband, Brad Zelenovich, both each at the high school. Alex, Ted and their wives are active community members, and twelve of Don and Ruth’s fifteen grandkids attend or have graduated from SEP. While Don and Ruth do not see their contributions as anything extraordinary, their pride, dedication and continued commitment to Southeast Polk serve as an example of what it meant to be truly invested in a community. 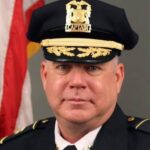 “Family, Faith, and Love of Country”

Paul Stout, son of Ned and Margaret Stout, grew up in Mitchellville, Iowa. He attended Mitchellville Elementary and later graduated from Southeast Polk High School in 1984. He received his BA degree from Liberty University.

He joined the Army in 1983, attending Basic Training and AIT during the summer of his junior and senior year. He served in Operation Iraqi Freedom in 2007-2008, as the Assistant Inspector General. He was awarded the Bronze Star during Operation Iraqi Freedom in 2008. He earned numerous awards during his long military career, retiring in January 2018 as Sergeant Major.

Paul began his career with the Des Moines Police Department in 1988. Paul was first promoted in 1999 to the rank of Sergeant. He earned the advancement to the commander level, first in 2007 with a promotion to Lieutenant, and on to Captain in 2012. He worked in every Division of the Police Department, including the patrol Section, Tactical Unit, Gang Unit, Crimes Against Persons Section and Crime Scene Investigation Unit. His final assignment was at the Des Moines Policy Academy, where he had been imparting his knowledge, skills, and vast experience to the police officers that will serve the community for decades to come.

Paul passed away on October 10, 2019 after battling a rare form of cancer for several years. His legacy is one of integrity, character, leadership and friendship.

Paul is survived by his wife, Brenda, daughters, Emily and Grace, and Mother Margaret Stout.

Congratulations on this significant recognition!  And thank you for your dedication to our community!