A District Is Born

On May 2, 1961, the voters in 11 participating districts approved to consolidate into one district, to be known as Southeast Polk Community School District.  After 10 long years, the most litigated school reorganization in Iowa history came to fruition. The vote included continuing as individual districts for the 1961-62 school year and beginning as one new district on July 1, 1962. 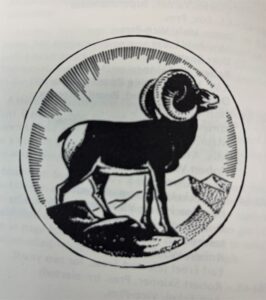 The first Southeast Polk School Board selected our school colors of black and gold as well as our mascot on April 4, 1962.  The Ram was chosen because it takes the first letter of the Runnells, Altoona and Mitchellville. 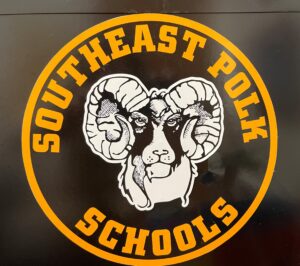 Black and gold were chosen because each previous high school had either black or gold as one of its school colors.

Our schools serve students from Runnells, Altoona, Mitchellville, Pleasant Hill, Des Moines and the surrounding areas as well as open enrollment students from other communities outside the 114 square miles within our district boundaries. We currently have 11 buildings operating in the SEPCSD including:

The recent referendum that passed in September of 2020 includes several new buildings:

For more information on the construction of these capital projects, check out our new Construction Center webpage!

The real story of the Southeast Polk Community School District is not in its history but in its future. We are looking forward to seeing our district continue to thrive!

*Much of the information on this page came from the book, From the Ground Up, written by Neal Smith and Kenneth Sand. If you are interested in buying a copy of the book, please contact Karen Haines at karen.haines@southeastpolk.org.

Prior to Southeast Polk Consolidation

1961
District Office was first housed in the Adco building in Altoona until the building that was previously a car dealership and cafe in Ivy was purchased.

1963
The Junior/Senior High School was built replacing Runnells, Altoona and Mitchellville High Schools – this building is now our current Jr. High.
West Independent School changes its name to Delaware Elementary and additions are made to that building.

1964
The original Altoona High School was built in 1907, remodeled in 1927 then was transformed to  Altoona Elementary in 1964.
The first classes are held in the Junior/Senior High School.

1966
The courtyard area was added to the Junior/Senior High School.
Four Mile Elementary was built.

1968
Centennial Elementary was built.
The shop, gym and pool were added to the Jr./Sr. High School.

1975
The East Wing, Auditorium and Music Facilities were added to the Jr./Sr. High building.
The addition to Altoona Elementary was completed.
An addition to the home side stadium bleachers was completed.  A timeframe of “Later” was given for the addition to visitor side stadium bleachers.
The All-Weather surface was added to the track.
Press Boxes, Concession Stands, and Lights were added to both the Softball and Baseball Diamonds (courtesy of the SEP Athletic Booster Club and community donations).
New Baseball Diamond completed.

Superintendents provide leadership in developing and maintaining excellence in education. They focus on the needs of the students, parents, teachers, administrations and elected board members.